The Triton team completely renovated the existing century old, four storeys building on the Innovation Park that was previously occupied by the prestigious Plessey’s and more recently Marconi before becoming vacant in 2006. Triton operated a seven days per week working schedule to completely strip out and refurbish the building and completed ahead of schedule, however further repair works were required after the reception area was destroyed by a disgruntled worker.Refurbishment of an existing office into a proposed 71 bed Travelodge.

Edge Lane is the 581st hotel for Travelodge , the 15th in Merseyside .

The project was challenging in that we were worked within a very tight timeframe to deliver the building in time for the Grand National at Aintree.  We had to work within the confines of the existing façade but cut through the internal structure to create new walls and stairways.  We also completed the entire fitout for the hotel and its 71 bedrooms as part of the contract for Travelodge. 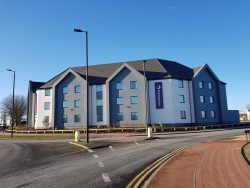 PREMIER INNS
Following our successful appointment on the Whitbread Framework, we are currently on site with numerous projects in Lancashire, Yorkshire and the North East constructing extensions to existing Premier Inn Hotels. 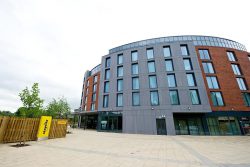 STAYCITY
This scheme added an additional first floor extension to the already existing Staycity Aparthotel in York. Alongside a ground floor retail conversion. 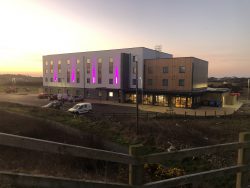 DEVELOPER LEAD – PREMIER INN
The scheme for this particular Premier Inn wasnt part of our Whitbread Partnering agreement it was for a Developer lead ,Design and Build for a 80-bedroom hotel for occupation by Premier Inn together with external services, roads, yards and car parking. The Hotel bedroom accommodation is over 4 storeys. The latter sits over the common…