This project involved a new reception extension with refurbishment to surrounding rooms, a new access ramp and landscaping, conversion of part of the existing kitchen into a new nursery, including formation of new WC’s and drainage, finishes and external works.

The work took place in a live school so suitable segregation with solid fencing was used. The kitchen had to remain live until the summer holidays therefore a section of the work had to be fast tracked in readiness for the school returning.

Works carried out during Covid-19, a one-way system was established, sanitizing points and risk assessment were put in place.

The new extension had to tie into 3 existing roofs, all with different levels, construction and falls. Due to early involvement, we were able to carry out intrusive surveys ahead of commencement, to enable a robust design to be established, thus confirming costs, and enabling the removal of provisional sums.

New WCs were to be formed within the existing building, where the existing floor construction was unknown and drainage points were not available. Intrusive surveys were carried out which highlighted that the floor was a suspended slab, therefore could not be broken up to install drain runs. Drain surveys also exposed concealed runs/manholes which the school were unaware of and revealed a blocked manhole which had been causing problems for the school, this was cleared and resolved. We proposed an alternative location and layout for the WC’s which meant the drains could be connected into an existing WC drain run. This eliminated the need to break out and reinstate floor and rationalized the requirement for cubicles, thus saving money and eliminating risk to programme. 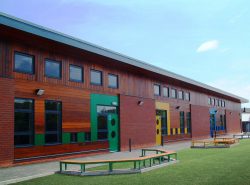 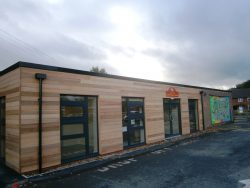 EATON PRIMARY SCHOOL
The project was undertaken in 2 phases. Phase 1 comprised of a new two storey rear extension to form classrooms, toilets, amenity areas and lift. Phase 2 was for the upgrading and Re-modelling of the existing school with an extension to the hall , kitchen and existing toilets , a single storey extension to the…

KINDERCARE DAY NURSERY, COLLINGHAM
The works comprised of the partial demolition of the existing former public house, conversion of the remaining building and construction of a new extension to form a 2 storey children nursery, together with extensive associated external works.